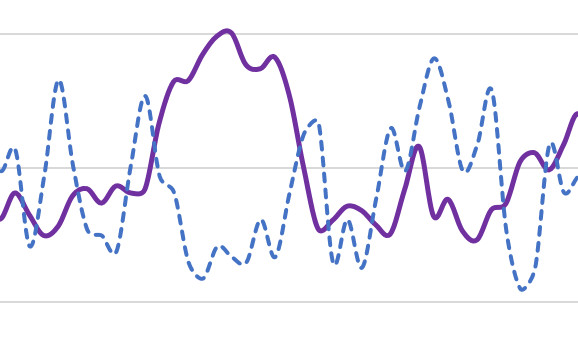 Wind dispersal of seeds, or anemochory, is one of the more primitive means of dispersal. Wind dispersal can take on one of two primary forms: seeds can float on the breeze or alternatively, they can flutter to the ground. The classic examples of these dispersal mechanisms include dandelions (Taraxacum spp., Asteraceae), which have a feathery pappus attached to their seeds and can be dispersed long distances, and maples (Acer (genus) spp., Sapindaceae), which have winged seeds and flutter to the ground. An important constraint on wind dispersal is the need for abundant seed production to maximize the likelihood of a seed landing in a site suitable for germination. There are also strong evolutionary constraints on this dispersal mechanism. For instance, species in the Asteraceae on islands tended to have reduced dispersal capabilities (i.e., larger seed mass and smaller pappus) relative to the same species on the mainland. Reliance upon wind dispersal is common among many weedy or ruderal species. Unusual mechanisms of wind dispersal include tumbleweeds. A related process to anemochory is anemophily, which is the process where pollen is distributed by wind. Large families of plants are pollinated in this manner, which is favored when individuals of the dominant plant species are spaced closely together.

Wind also limits tree growth. On coasts and isolated mountains, the tree line is often much lower than in corresponding altitudes inland and in larger, more complex mountain systems, because strong winds reduce tree growth. High winds scour away thin soils through erosion, as well as damage limbs and twigs. When high winds knock down or uproot trees, the process is known as windthrow. This is most likely on windward slopes of mountains, with severe cases generally occurring to tree stands that are 75 years or older. Plant varieties near the coast, such as the Sitka spruce and sea grape, are pruned back by wind and salt spray near the coastline.

Wind can also cause plants damage through sand abrasion. Strong winds will pick up loose sand and topsoil and hurl it through the air at speeds ranging from 25 miles per hour (40 km/h) to 40 miles per hour (64 km/h). Such windblown sand causes extensive damage to plant seedlings because it ruptures plant cells, making them vulnerable to evaporation and drought. Using a mechanical sandblaster in a laboratory setting, scientists affiliated with the Agricultural Research Service studied the effects of windblown sand abrasion on cotton seedlings. The study showed that the seedlings responded to the damage created by the windblown sand abrasion by shifting energy from stem and root growth to the growth and repair of the damaged stems. After a period of four weeks the growth of the seedling once again became uniform throughout the plant, as it was before the windblown sand abrasion occurred. (source: Wikipedia)